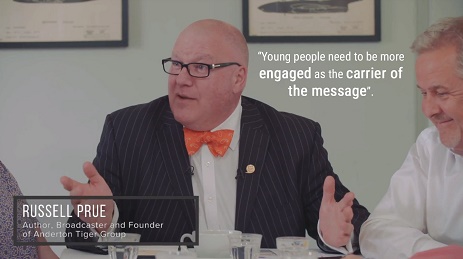 Russell is a Broadcaster, Author and Educator. He designs and hand-builds Live Education Radio Stations for Schools all over The World.  Using his experiences as a Workshop Provider, Creative Practitioner and Conference Speaker, Russell has a very special and unique combination of skills.  He regularly speaks at Conferences on the topics of Social Media, Creativity in the Classroom, Using New Technologies and Safeguarding.  Russell has worked on projects for the Department for Education and The BBC.  He’s worked at every BETT since 1985 and is passionate about giving learning opportunities to Young People.

For BETT2019 – Russell was asked back yet again to The Net Support Software stand to provide some more of his fabulous POP-UP Live Radio Shows for BETT’s NetSupport Radio.  Catch all of the shows here www.NetSupportSoftware.com/Radio This year he also won #KidsJudgeBETT Award, see video below!

Arts Council of Wales – 2019 –A further 4 Schools have joined Russell’s exiting programme this year, White Rose Primary School, Cathays High School, Phillipstown Primary School and George Street Primary.  You can catch up on all the progress on Russell’s SoundCloud site here as he publishes all of his recordings as part of this year’s Welsh Tour https://soundcloud.com/russellprue/sets/russells-welsh-tour-2019

On Wednesday 6th February 2019 – Willows High School published their Lead Creative Schools results  from their work with Russell.  Follow this link to find out about the huge improvement their YR7s made in just 14 weeks with Russell

Arts Council of Wales – 2019 UPDATE – As the project closed with the last workshop being broadcast from Phillipstown Primary School in New Tredegar on Monday 8th April 2019, Russell had broadcast a total of 67 Live Radio Shows with over 38 hours of Content.  The live listening audience this year has been over 69k, this is a huge increase on last year’s 5 projects and with the news that he’s managed to get one of the Schools Cathays High School nominated for Secondary School Radio Station of the Year at only their 8th Live Show stage with a further 4 more to run!  See our Projects Page for more on this

For BETT2020  After successfully negotiating with the BETT organisers, Russell’s was appointed together with his BETT Partner from the past three years Net Support Software as the “Official Broadcaster” at the Show.  This brought unprecedented access to BETT’s keynote speakers, sponsors and contributors.  Russell produced over 11 hours of LIVE RADIO from BETT2020, listen again podcasts are available from https://www.netsupportsoftware.com/radio

February 2020 – Russell built and delivered his 360th School Radio Station.  This one went to St Mary’s Church in Wales Primary School in Blaenau-Gwent.  You can follow the amazing progress of this School here through their published radio shows https://soundcloud.com/stmarysradio/

February 2020 – Russell is listed as one of the EdTech sector’s top 50 People, Products & Project for 2020 – download the full report HERE

Russell joined a major PC manufacturer and education supplier in 1985. He developed his audience and presentation skills whilst entertaining and amusing education audiences with technology demonstrations. He left his employer in 2002 to develop his own business and to continue speaking about the benefits of using ICT in learning and teaching. He has a thorough working knowledge of computing, and regularly predicts future developments in technology.

Russell has presented to HM The Queen, members of the Royal Family, Heads of State and Ministers from the UK. He is well reported and enjoys a high profile as the best known ICT Evangelist in the UK. There is always time in Russell’s sessions for some hands-on experience of these new technologies and colleagues are urged to engage, dance, explore and broadcast where possible. Russell’s presentations address the issues and explore new technologies in education and business in a lively, unique and highly entertaining fashion. 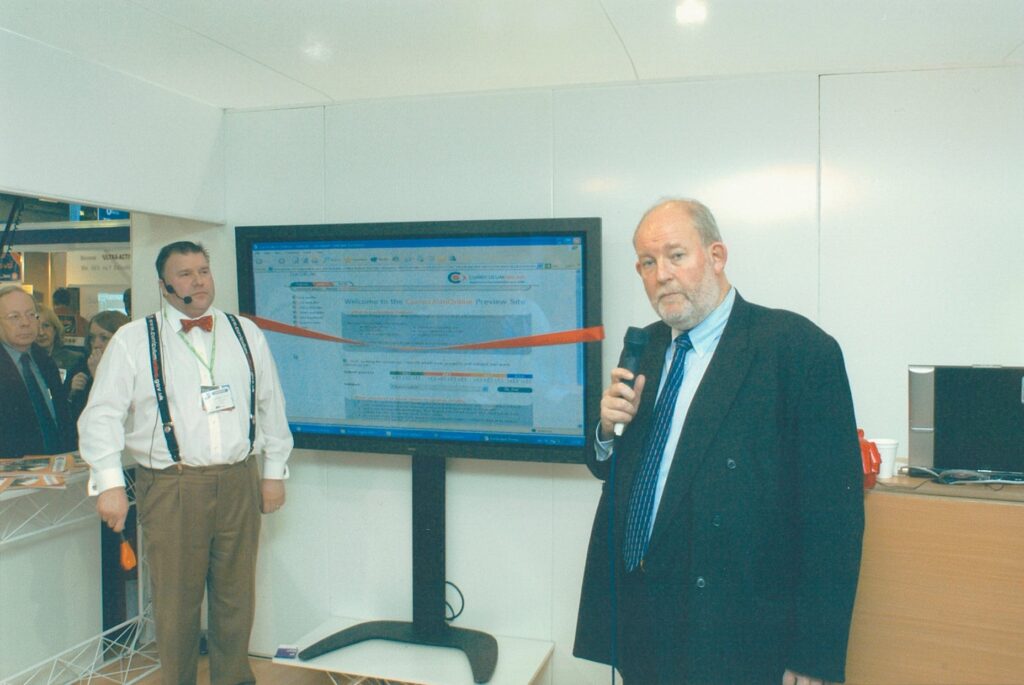 How to book Russell

Listen to Russell’s archive of radio shows and student workshops at www.SoundCloud.com/RussellPrue