“It is very much a collaboration. I’m only ever there in the background, it is the students who do the work, it is very much student led. I wanted it to be student focused, where they can talk about the things that matter to them.”

“…some of these children often don’t have much contact time with their parents, many parents work full time, so it was great to see the parents phoning into the station to comment on how well their child was doing on the radio. Having that recognition off their parents really boosted their confidence.” 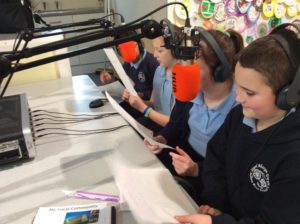 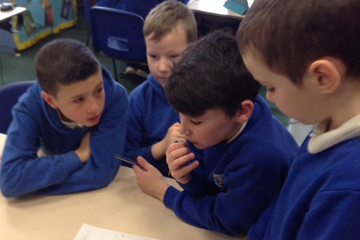 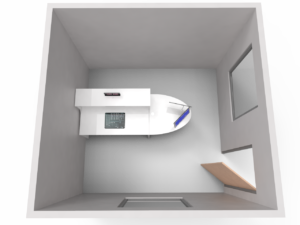 If you’re considering a HUB STUDIO from us we can help with drawings to help bring the space alive.  This was the site-manager’s office and with some careful thought this and the adjoining space have been turned into a radio studio and cafe!  The works are just being completed right now and the cafe should be open for the start of the Summer Term – photos coming shortly courtesy of Robin Hackett. 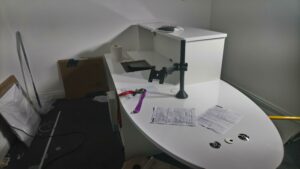 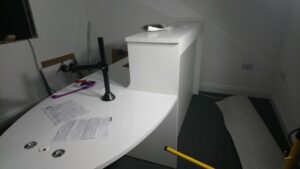 We can advise on the decor, the use of specialist white-painted walls that can be used as writing surfaces, lighting,  heating and cooling if required!  The furniture arrives first and is installed by professionals at SpaceOasis®.  The room requires just one mains socket and one CAT5/6 Network Point for the HUB STUDIO. 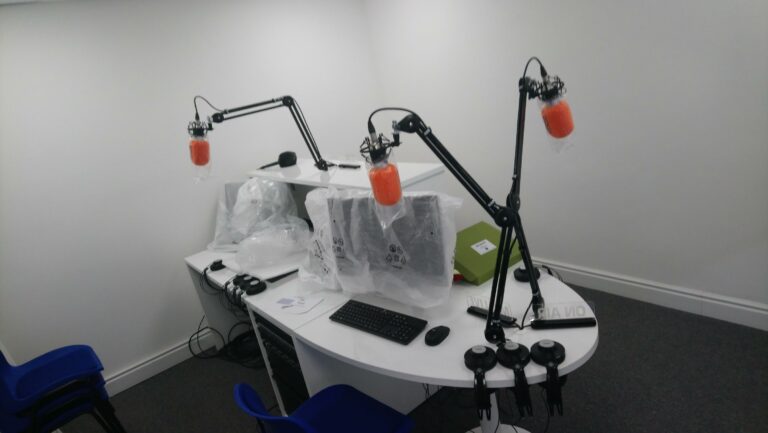 Installation takes up to one day but can be done in less time if required, the remainder of the day is then spend training Colleagues and or Students.  Typically, the following day is then spent training more young people who are going to lead on your Radio Project.  Russell covers operational skills as well as his award winning “Education Radio” Show etiquette and top-tips, he’ll have you making compelling and entertaining shows in no-time.  You can expect a live broadcast from the studio towards the end of day two! 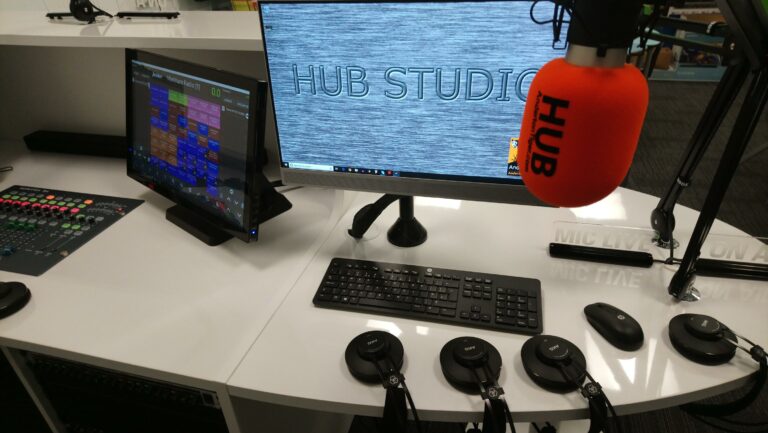 Our standard HUB STUDIO can be upgraded for £500 H61 – Upgrade to Writing Surface,  to have a High Gloss writing surface added, this makes all of the horizontal surfaces a writing surface, perfect for in-show notes and important messages between presenters.  This is both helpful and aids creativity, there’s no rustling of paper and young folks love writing on the surface! 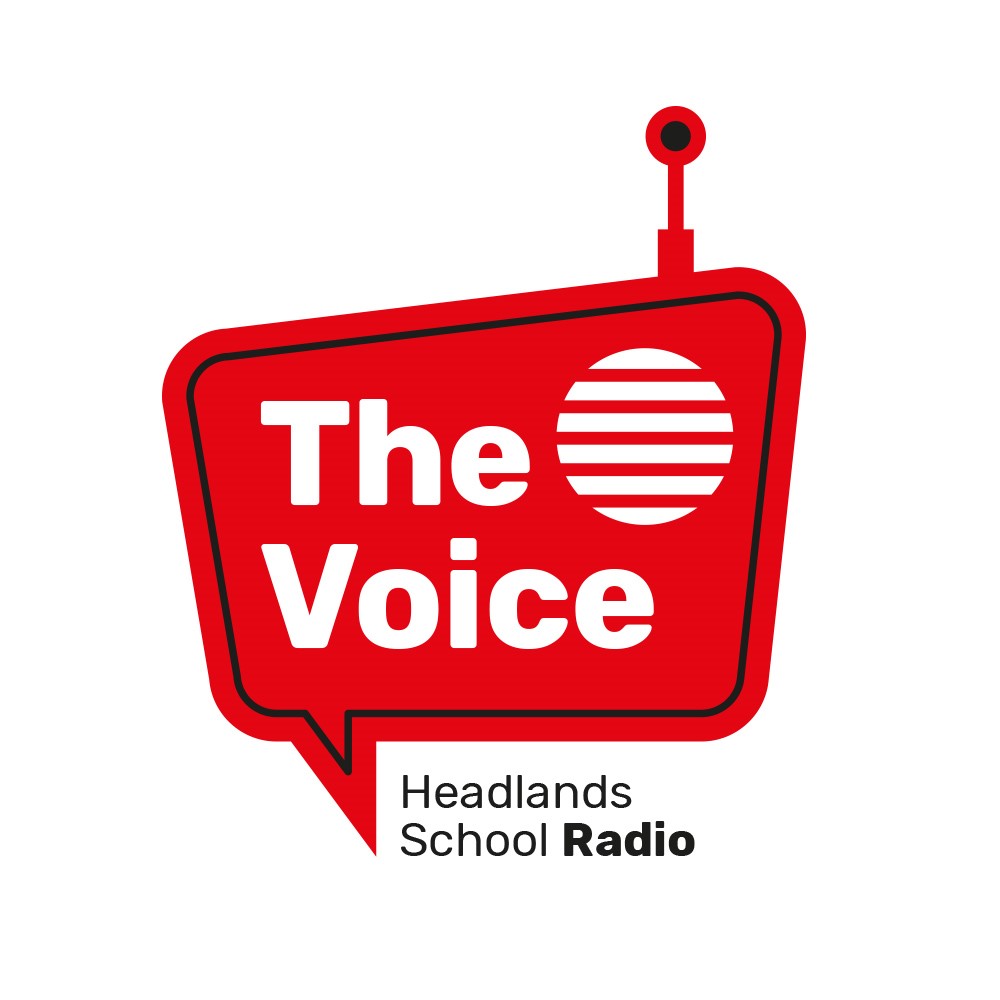 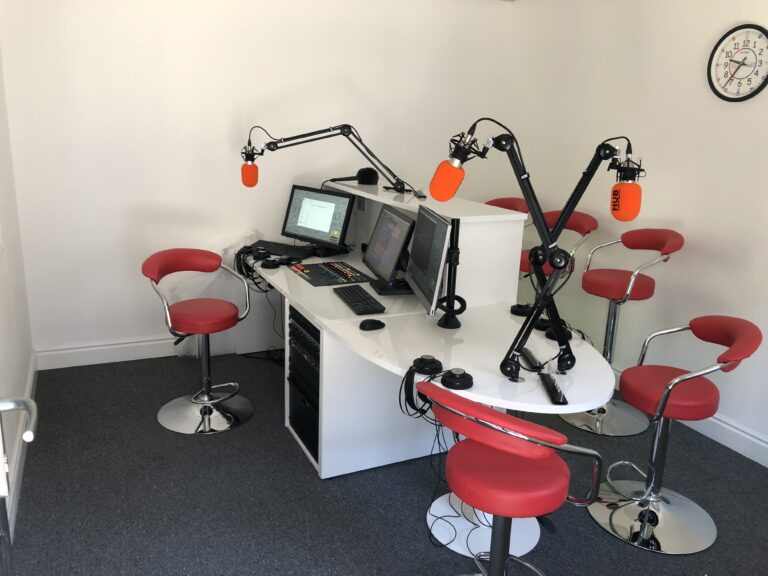 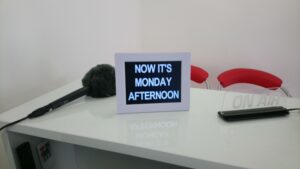 Our customer has added a great digital clock that has some truly outstanding features.  This is a brilliant prompt for young folks looking for a time-check  with some added words.  This studio has been finished with red padded chairs from Argos that set the logo off very nicely!  You might like to visit The Voice website and listen to some of their shows and enjoy their amazing story.   http://headlandsvoiceradio.co.uk/

What's included with a HUB STUDIO